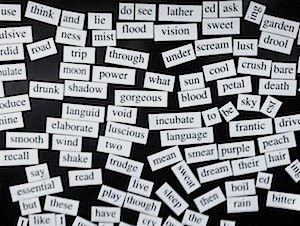 My Weekly Word Fix Blog
A weekly exploration of a particular word, detailing its meaning and putting it into practice.

Book published by Bloomsbury Publishing in 2011: 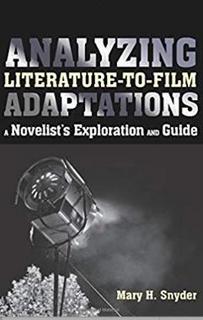 Analyzing Literature-to-Film Adaptations demonstrates a scholarly as well as personal exploration into film adaptation from a novelist's perspective. The book comprises a study of literary creation combined with an examination of the process/product of adaptation. The author initiates a journey to understand and identify the implications of literature-to-film adaptation and the complexities and problems it encounters.

"The majority of scholarly treatments for film adaptation are put forth by experts on film and film analysis, thus with the focus being on film. Analyzing Literature-to-Film Adaptations looks at film adaptation from a fresh perspective, that of writer or creator of literary fiction. In her book, Snyder explores both literature and film as separate entities, detailing the analytical process of interpreting novels and short stories, as well as films. She then introduces a means to analyzing literature-to-film adaptations, drawing from the concept of intertextual comparison. Snyder writes not only from the perspective of a fiction writer but also as an instructor of writing, literature, and film adaptation. She employs the use of specific film adaptations (Frankenstein, Children of Men, Away from Her) to show the analytical process put into practice. Her approach to film adaptation is designed for students just beginning their academic journey but also for those students well on their way. The book also is written for high school and college instructors who teach film adaptations in the classroom."

Chapter published in an anthology in 2017: 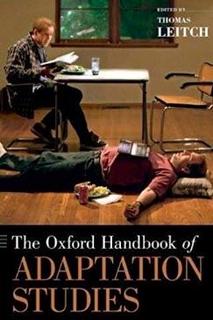 Chapter 6 - "Adaptation in Theory and Practice: Mending the Imaginary Fence" - contributed to The Oxford Handbook of Adaptation Studies, published by Oxford University Press in 2017, edited by Thomas Leitch.

"Women Writing, and Filming, Women into History: A Zookeeper's Wife
and Their Finest Hour and a Half/Their Finest"

"Adding Insult to Injury: A Modernized 'Anxiety of Authorship'
for Women Writers Incited by Male Dominance in Filmmaking"

The following articles were published in an opinion column from 2007 to 2009 for the school newspaper at Cedar Crest College. Copies available upon request.

“Women in the Congo to Nicole O’Neill: Differing Degrees of Emotional Distress”
November 8, 2007